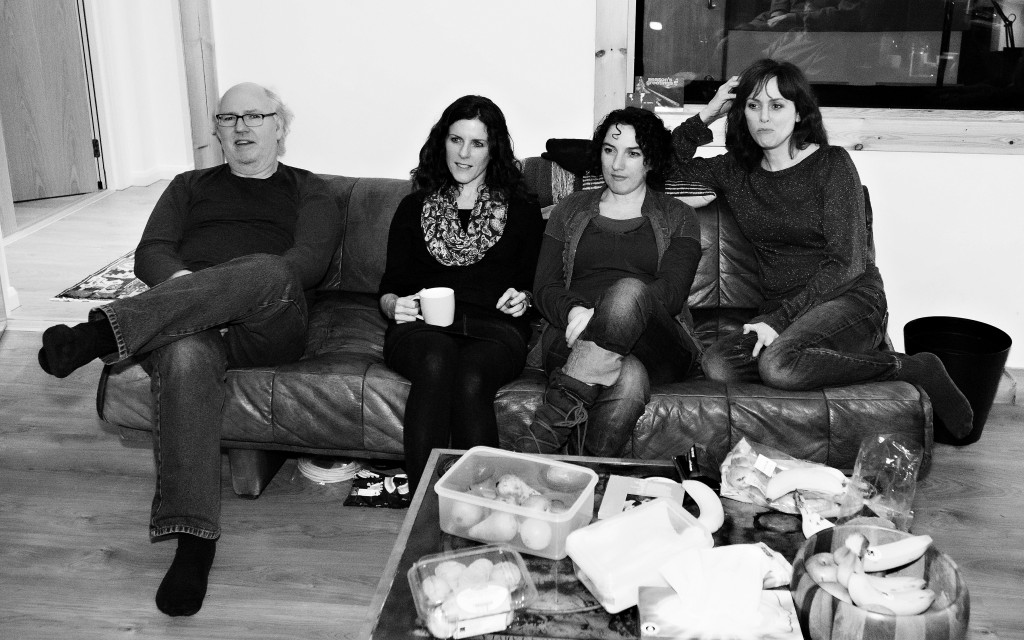 They are a sibling trio from Greater Manchester. This is their debut album. It is astonishingly good.

Jointly produced by Clive Gregson and John Wood, its sound is a spaciously texture blend of folk, old-timey, country, rock and smooth jazz that provides a multi-faceted, gorgeously subtle sound that defies categorisation. The same holds true for every aspect of this absolute gem of a record.

Three sisters, singing their own songs – one is inevitably drawn to comparison with The Roches: it’s a valid observation but an unfair one – there simply isn’t a Roches album where every track maintains the standard on display here. The vocals are clear, pure, varied and immensely suited to the tenor of variety in these thirteen songs: the harmonies are to die for – Heading for the Hills is a good place to start, if one is forced to single out a track.

The quality of both vocal and instrumental sound (ah that keening banjo; oh that distant saxophone!) might lead one to overlook the quality of the songs. But repeated plays (and there WILL be many, many repeated plays) reveal the depth and quality of the sisters’ lyrics – insight, detailed vision, impeccable choice of words, layers of meaning as tempting and satisfying as a Black Forest gateau. The New Ballad of John Axon is one example: bold enough to take on MacColl at his own game; amazing to beat him hands down…and then there are the train whistle vocals. Work thrills, then chills on closer inspection. Sweet Dreams is a daylight lullaby of transcendent optimism.

The absolute sucker-punch is reserved for the closing title track, however: instruments set aside, it is breathtaking acapella perfection, whose simplicity belies its complexity.

If this were somewhere down the line of a recording career, I’d be writing things like “best yet”. As it is, I can say only that I can’t wait for their second….

[If Jen looks familiar, by the way, it’s because her acting career has included the northern soaps, The Office and Dickensian where her performance as Mrs Cratchit stole the whole series.]