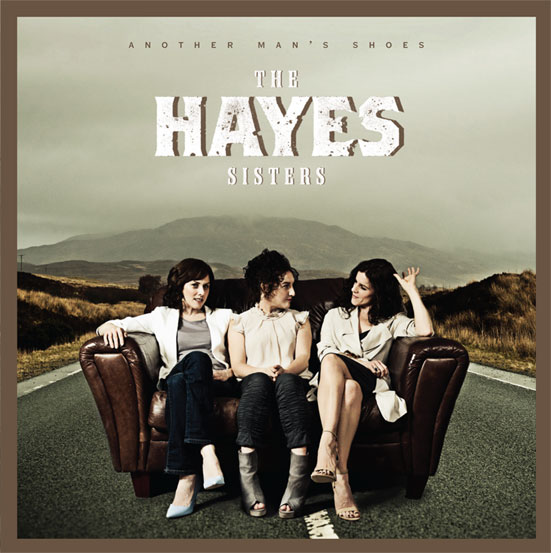 “Another Man’s Shoes” is a seriously impressive debut album from “The Hayes Sisters.” …. It’s the fact that all three write great songs which gives such breadth and variety; one moment you’re in the Appalachians with exquisite 3-part harmonies, the next moment you’re in occupied France during the war – and then there’s that terrifyingly jaunty song about torture and waterboarding. Intrigued? You should be. Many of these songs feel at once familiar and fresh but also as old as the hills. They’ve been expertly recorded as “live” takes by Clive Gregson and John Wood and there’s not a synth in sight. Among exemplary multi instrumental support from a 5 piece band special honours go to Fiona Lander for her simply delicious Clarinet and Saxophone parts. If you like real music, I can’t recommend this highly enough.’